These have been bouncing around the blogosphere for a while now, but they just never seem to get old to me. I loved them at first sight and finally decided that I had to have one of my own. This (as well as another project I embarked on at the same time) was to be my first big DIY. I was excited and nervous and scoured the internet for every tutorial I could find.

Finally, I decided I was ready. I purchased the materials and headed over to my parents place on Bowen Island to get ‘er done. I’m glad I went to where I’d have some outdoor space, because this is a MESSY project.

Here are the things I gathered to make it. 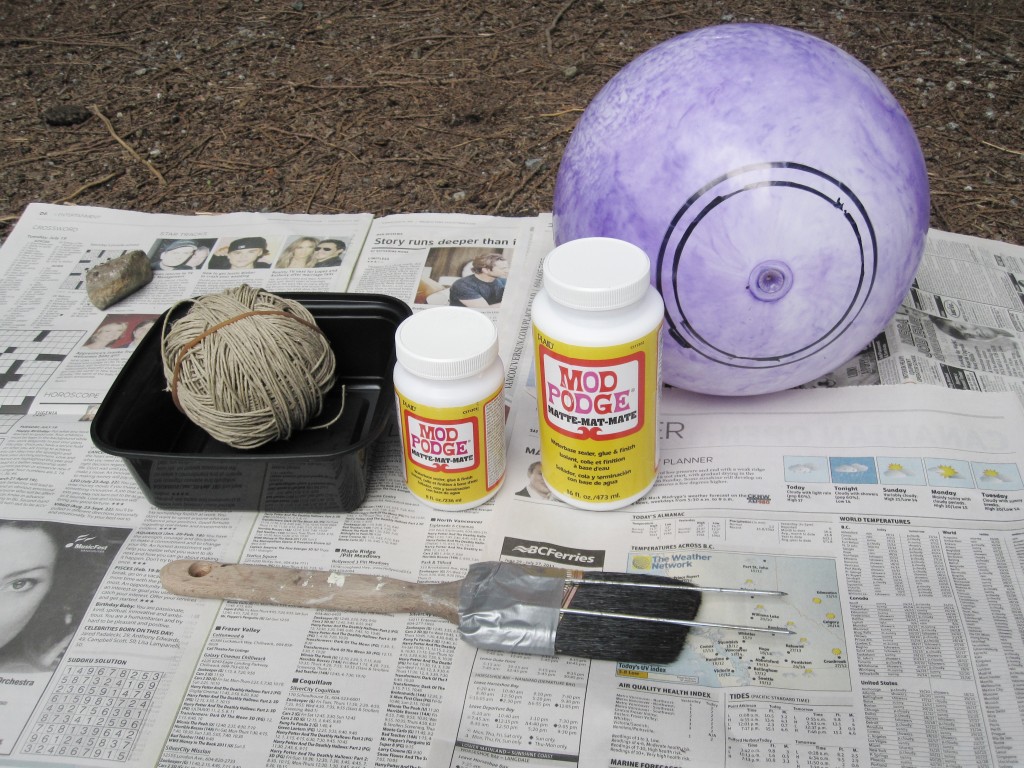 You’ll notice there are circles on the ball. The purpose was to have an opening on the bottom so that it would be possible to change lightbulbs. The reason there are two circles is that, after drawing one, I decided it was too big and made it smaller. Just be sure you can fit your hand and a bulb up through it.

So, my brilliant plan with the paintbrush was simple. Tape the skewered brush to the glue vessel, coil my twine beneath it to soak up the glue and have the brush squeeze off excess for me as I pulled it out. Like so… 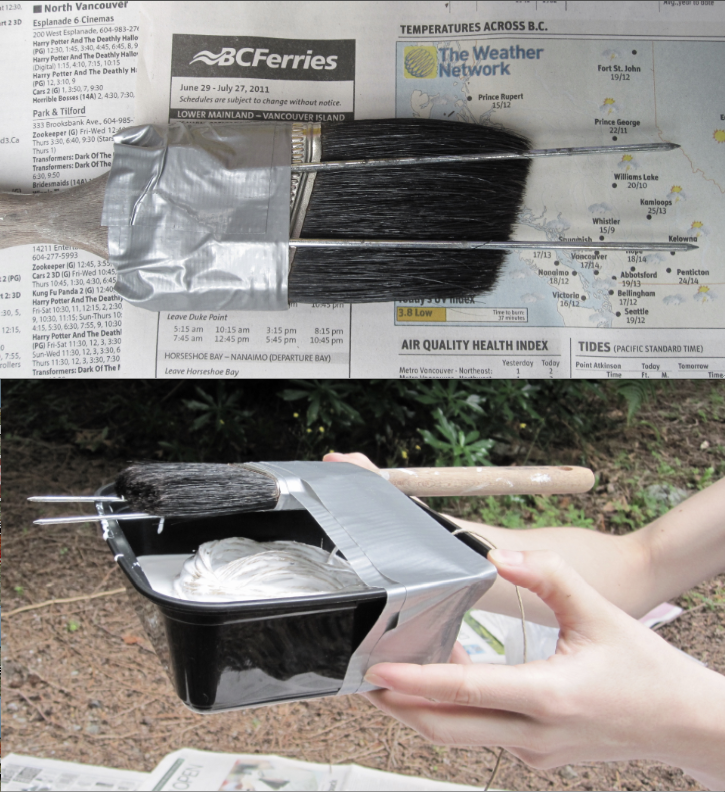 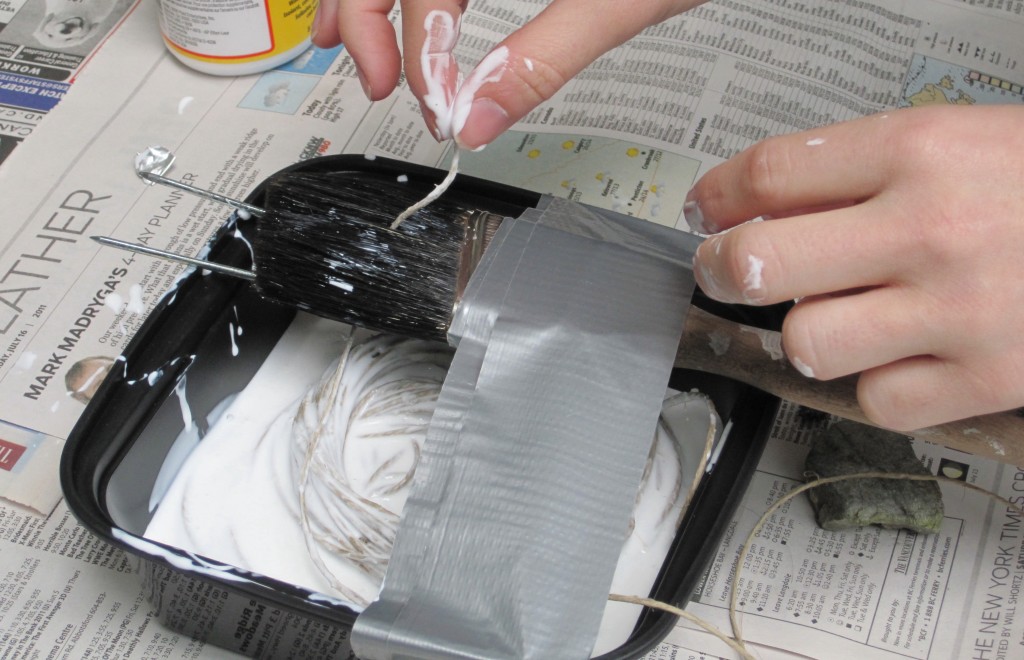 It did NOT work out this way. I ended up with a VERY tangled and gluey mess. I don’t have photos of it, because I was consumed with dealing with the sticky problem at hand. Once I (and I may have cajoled help from the parental units) got it sorted out, I simply pulled a few lengths of twine from the ball, stuffed it into the glue and pulled off excess with my finger tips as I extracted it. This worked, but was not ideal as I still ended up with much more glue than I wanted. But at that point I wasn’t concerned. I was just glad that the project was moving forward again.

Oh, and to make the whole thing more fun, it decided to rain to me half way through! And not just a sprinkle, but a pour. I was lucky though, I was beneath the trees and the branches caught a lot of it. Eventually though, the water does get through. My father saw me outside and came to the rescue with a giant umbrella, so my twine ball and I were saved. (thanks dad…again.)

If you’re trying this yourself, start the string around the hole. You’ll end up with a lot of crossing here and it’s a good place to hide ends. Also, if for any reason you need to use multiple pieces of string simply tuck ends under a joint. I promise you’ll never find them later. This is quite a forgiving project. Just make sure you keep going around in a hap-hazard fashion. It’s a little trickier than it sounds to not follow the same path over and over and over again.

Some ‘in action shots’. You’ll notice that I have the ball sitting in another take-out container. I found this useful for two reasons. One, it prevented the ball from rolling away on me, and two, it meant that only a very small portion of the gluey twine and ball was touching anything at any given time. Made for a great deal less mess. it was also good for drying, since air could circulate around it. I would recommend rotating it frequently nonetheless during the drying process. 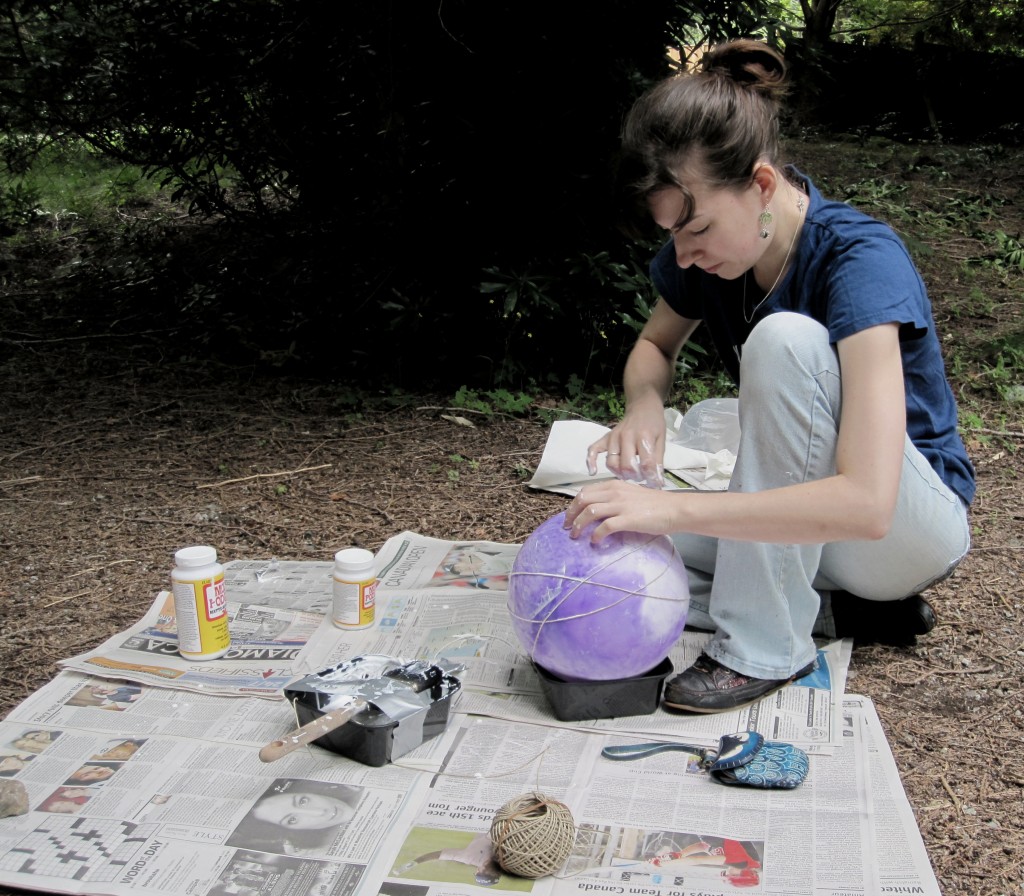 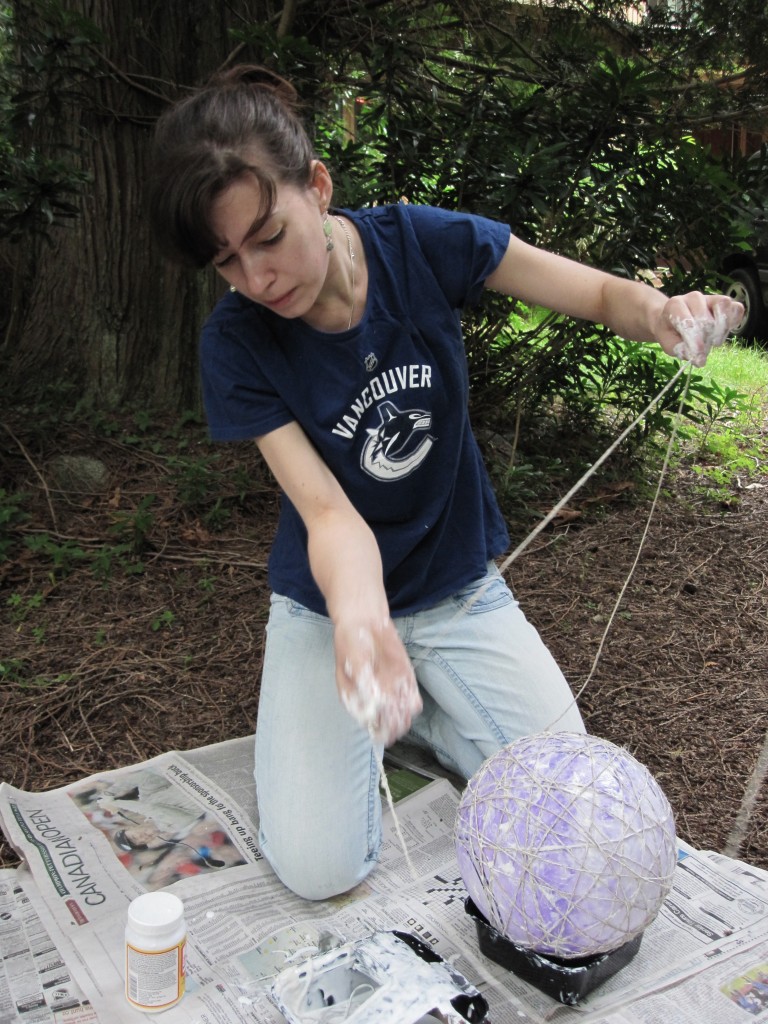 The whole thing took about and hour and a half and I ended up using an entire ball of twine. Here’s it is, ready to dry. 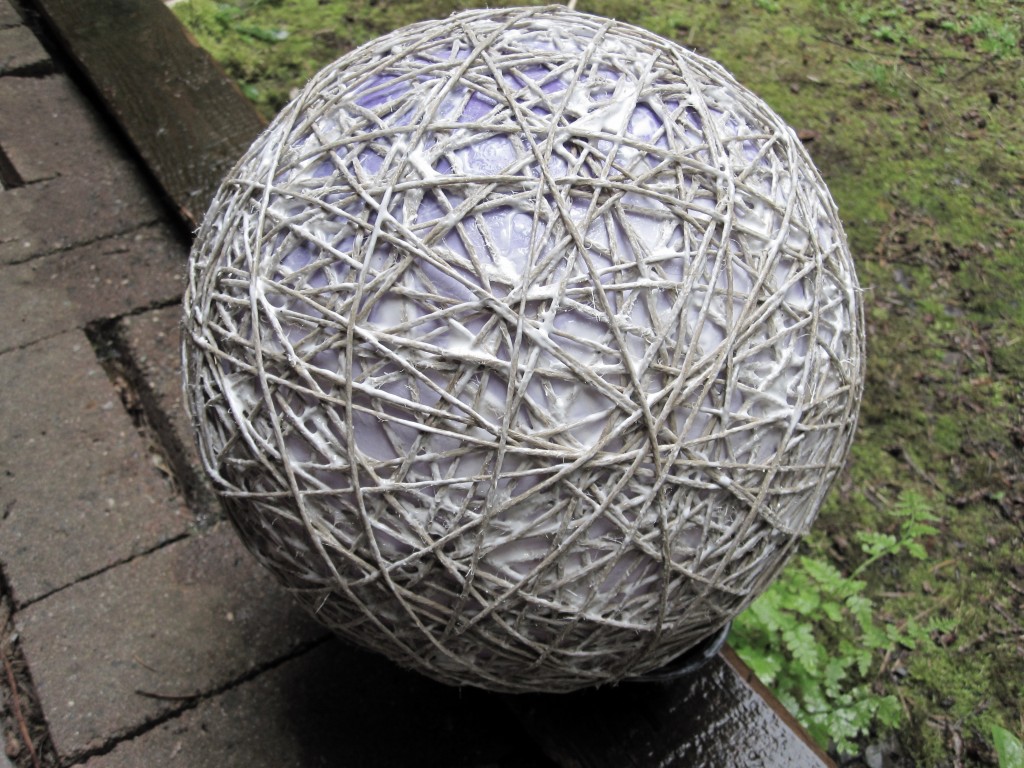 Not to worry. The ‘podged’  ball does dry clear, but that excess glue does create a problem. I’ll explain that in part 2. Coming soon!